I’m often asked where I get my ideas from. I think people are concerned at how warped my mind is! There are pieces of me in all of my novels so far – they say write what you know, after all – but for my third psychological thriller, The Guilty Mother, although the idea had been percolating in my head for a while, I didn’t know anything about the subject matter.

The original idea sprang from real events. In the nineties and noughties, upon losing a second child to natural causes, a certain number of women were wrongfully convicted of murder, so-called experts at their trials claiming that it was statistically impossible for a tragedy like this to occur twice. I remember being incredibly moved by these women’s stories. As a mother, you can’t imagine anything worse than losing your children, but on top of that horrific ordeal, these women were then accused of deliberately killing them!

My imagination got to work – in the middle of the night, mainly – and soon I came up with the plot for a psychological thriller. I pitched my idea to my editor over a beer and she was really enthusiastic about it, but I felt out of my comfort zone and put it off for a while. I wrote my second novel, He Will Find You, in the meantime, but after that, The Guilty Mother was demanding my attention.

One of the reasons I felt out of my depth was that I knew I’d have to do a lot of research for The Guilty Mother. For example, there are a couple of courtroom scenes and I knew nothing about criminal law. I had to research cot death. As I’d put Melissa, one of my main characters, behind bars, I also needed her tales of prison life to be as authentic as possible.

The Guilty Mother is a thriller with three narrators and this was another challenge. Their voices and personalities had to be very different. Part of the story is told by Melissa, a convicted murderer, through her diary entries. The difficulty was trying to make her sympathetic while not giving away too much information to the readers. I also had to get into the head of a male character: Jon, a journalist. I thought that would be really hard, but a reporter from my own local newspaper in North Devon described his typical day to me over the phone and helped me with journalistic jargon. And Jon took shape in my mind.

I ended up really liking the character I’d created: Jon’s a single dad, who cuts corners at work and home and who is a little judgmental, but on the whole he’s a good guy. And finally, Jon’s trainee reporter, Kelly, wasn’t part of the plan. Jon needed a colleague and so I wrote Kelly into the first chapter and she took on a life of her own to the extent that I gave her a voice. This wasn’t easy as I’m in my forties and live in France and Kelly is in her twenties and lives in Bristol! Luckily, my Facebook friends came to my rescue and gave me expressions that their teenage children use that I was able to lend to Kelly.

Finally, readers sometimes ask if my characters are inspired by real people. The answer is: physically, yes. I take screenshots of stars (people I’d like to see cast in the roles if my book were made into a film – joke!) For example, Melissa’s description is based on a photo of Cameron Diaz and for Jon, I had a printout of Jason Bateman on my desk! The similarities end there, though. My characters aren’t really based on real people. But never say never! I have some pretty awful neighbours and I may just put them into a thriller one day so that they can meet a sticky end!

Thanks so much to Diane Jeffrey to sharing these insights. The Guilty Mother is currently available for just 99p – don’t miss it. 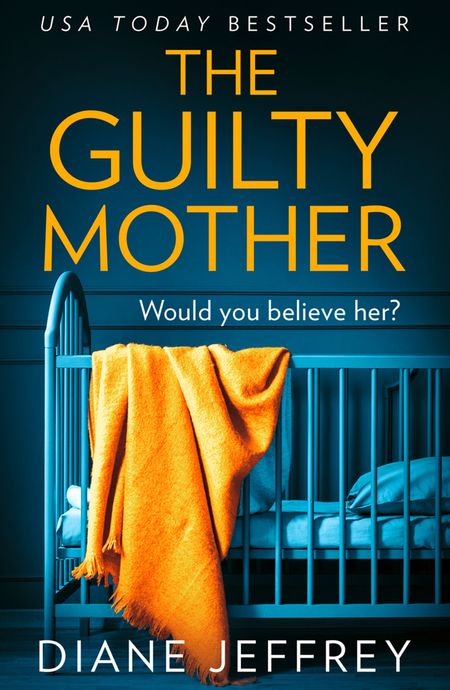 Age is on many minds at the moment; it’s everywhere we look. Anne Mayer Bird, co-author of Good Grief, discusses age and ageism in life today compared to a year ago.   AGE AND AGEISM I just got home from my second Covid vaccine injection. The very… Read More